Check out our special offers! 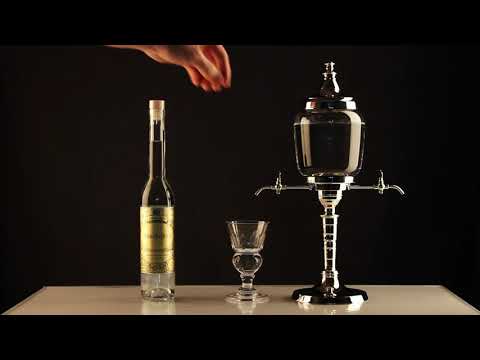 This product contains alcohol and can only be delivered to adults. Proof of age will be required at delivery. Please enjoy responsibly.
See complete details

Browse all the products of: Eichelberger

It is a bit bitter and the alcohol attack is strong but delicious. For those who want a refreshing taste

Wonderful absinthe. Really good experience, both with spring water and cane sugar or straight. Will repeat.

Initially I order this because I wanted to get a white absinthe and also the alcohol content is really high.
The flavors are really nice and it ended up being my favorite selection from my order of 4 other absinthes.

A smooth if slightly strong absinthe. Perfect with a little chilled water.

Strong medicinal start due to the distillation strength, manageable and evens out as it passes over the palate. Revered calming sensation when enjoyed with a hint of agave nectar, ice and a hint of chilled water. I always go to this after Splitting lumber on a cool autumn or winter day .

When the prohibition of Absinthe was in full swing, as with the US, many places in Europe continued to make Absinthes. Many of the recipes took the "Green" out of the mix which made it easier to boot-leg. This outside-the-box thinking not only helped preserve Absinthe during the "dark days", it challenged makers to refine the process. As a result, we now have many fine white Absinthes that hold their own against the classic greens.

If you've avoided the Blanches in favor of Classic greens, this is one NOT to miss. Celebrate the history of Blanche Abainthes. You'll be glad you tried this! Great louche, depth of flavor and an added kick thanks to high alcohol content. Use a 4:1 or 5:1 to bring out the best of this fine Absinthe.

I've tasted this the first time a few weeks ago with an acquaintance of mine. I traded one glass of Jade 1901 for this. And I absolutely didn't regret. This one stayed on my mind, I enjoyed it very much.

I bought myself a bottle some day's ago and tasted it again yesterday. I gave a friend of mine a glass to taste while I was tasting some other bottle's I've bought. I took a sip from his glass, but he prefere's his drink strong, higer alcohol content. It was nice, but the flavors didn't really stand out.

Today I poured a glass for myself using alot more water like I did the first time. Definety 4:1 or 5:1. And again, I was enticed! I tasted about 22 different, good quality absinthe's before I tryed this one. But this one for me stands out.

It is unlike other blanche's or bleu's. Anise tastes very nice in this one. But there is also a minty flavour. Artemisia is very recognisable, maybe pontica gives some mintyness as well. But I think mint is definitly in the mix here.

Then there is this very special flavour or composition of flavours I can not put my finger on. This is where the mystery start. It could be an acidic citrus tone blenden nicely with the mint and some other flavour. But it reminds me very much of cola (coca cola) flavour with some fresh citrus in the mix. Even in the finish this special taste remains. I've also bought myself the Eichelberger 78 verte, and here I taste and smell the same mysterious note. I was thinking maybe it is kola nut. But I don't know how this tastes really. I would love to know if others taste something special here and if they know what it is.

The louche is also very nice, oily swirls, but once it startes, it goes fast. The smel comes very much out of the glass. Sitting in my couch with this glas 1.5 meters away I suddenly smell it while slowely dripping with a brouilleur. Very alluring, sweet and out of the ordinary.

This is unlike any swiss or french style that I've tryed. This stands on it's own! If you love absinthe, you have got to try this one. You wont regret it! It goes in the bottle without adding water, fresh from the still!

It's high alcohol, but also high flavor, nice louche. I keep it in the freezer & prefer it sweet, 1 tsp sugar with 4-1 water and lots of ice. It's great to take your time and sip this one a long time.

Leave a review for this product
Write an evaluation

The Eichelberger Distillery is located in the southeast of Germany, in the forested Bavarian region called "Oberpfälzer Seenland". The distillery is a family business, and developed from a hobby to a serious enterprise. Dr. Lili and Rudi Wild, married for a long time, followed their dream and opened a small distillery.

It is quite modern, and capable of distilling just 30 liters at a time, but the couple always pay attention to the quality of their results. The Wilds are passionate advocates of fine liqueurs and eau-de-vies, and were enthusiastic when approached with the idea of making a 'specialist's' absinthe under their distillery's name, which has now become the first modern, yet traditionally distilled German absinthe: The Absinthe Eichelberger.

This absinthe glass is a new edition of the most classic glasses of the XIXth...
$15.30 ¹

With this set you get both absinthes from the Svensk Absint distillery from S...
Content 1 L
$111.79 ¹

One of the most beautiful spoons from the Belle Epoque. Intertwined wormwood ...
$12.94 ¹